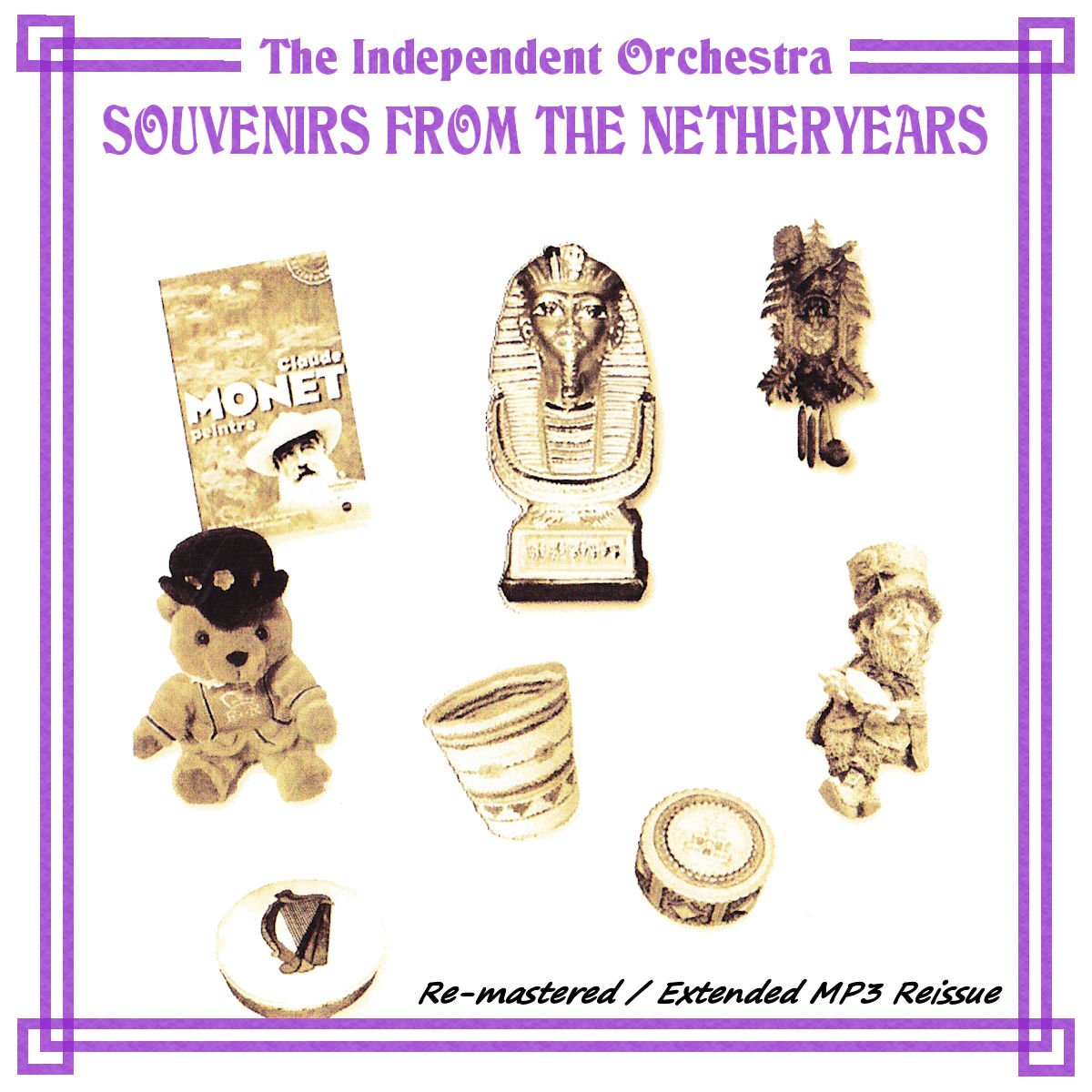 "Souvenirs..." is a massive collection of 40 tracks recorded between ca 1984 and ca 1997. This is the foreword to the PDF leaflet that comes with the download (which is available in the "Music Releases" section).

THE AGE OF HISS

Ah, the fascination of being an orchestra all of your own! (or, almost, as the case may be -- see credits.)

These are recordings rescued from the early years of affordable, amateur, home-studio recording — ending up as mixed-down 2-track recordings on cassette albums, of which I made quite a few (see the "Where is it from?" reference for each song title).

My first tracks were made on a Fostex X15 4-track cassette recorder with ordinary Dolby B noise reduction and mixed down to — God knows what. I forget.

The original equipment is a bit of a blur, but early on keyboards used included the Yamaha DX9 (not the out-of-price-range DX7!) later on the Korg DS-8 was extensively used, alongside SpecDrum and Yamaha RX-15 drum machines and an Alesis Midiverb III. They were later replaced by the mainstays Ensoniq SQ-1 Digital Workstation (wave synth and sequencer), Rolad U-110 (rompler) and an Alesis NanoPiano. Getting a bit bold and striving for better audio quality, I also started mixing down directly to the Denon and singing live into the mix as the SQ-1 sequencer played back the instruments.

At long last, a Sony MDM X2 multitrack minidisc recorder replaced the cassettes for recordings, recordable audio CDs came into use, and the age of hiss was a thing of the past. (But shortly after that, computers and sequencer programs ushered in a whole new era. For us synth guys, at least.)

Originally, the cassette albums were simply saved onto Writeable Audio CDs using a stand-alone Yamaha CD writer deck. These are high quality MP3s made from those CDs, lightly re-animated by running each track through the Softube Drawmer S73 Intelligent Mastering Processor and ToneBoosters Barricade limiter before converting to maximum quality MP3s.

This MP3-only reissue also contains half a dozen tracks that did not make the cut the first time around because of the double CD time constraints. This means everything worth listening to from these 8 cassette albums is now finally present and correct. (And the rest is mostly cr*p. Believe me.)